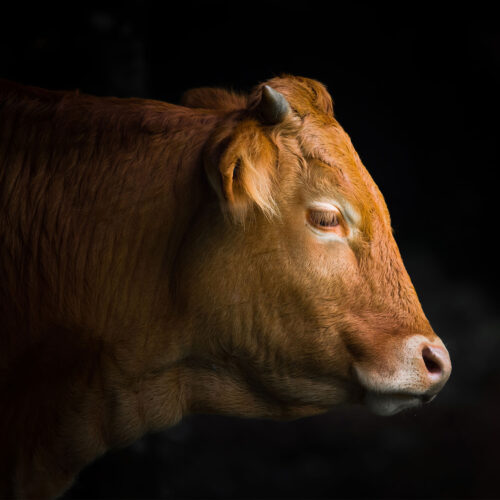 Animal Equality UK, along with The Animal Law Foundation, has released a groundbreaking report investigating the shortcomings in how current UK animal protection laws are being monitored and enforced. The comprehensive report, which was published exclusively by The Guardian, sheds light on what existing animal protection laws are in place, how these laws are monitored, and what happens when they are violated. What we found was evidence of what has been named ‘The Enforcement Problem.’

Since 2006, Animal Equality has investigated over 820 factory farms and slaughterhouses. The hundreds of hours of footage captured show the majority of farms breaking animal welfare laws without serious consequences.

Undercover investigations completed by Animal Equality were analyzed for this report, in combination with hundreds of documents, data sets, and insights from the Government and local authorities, veterinary experts, leading academics, and investigative animal protection organizations.

What Did We Find?

The report by Animal Equality and The Animal Law Foundation uncovered a shocking lack of monitoring and enforcement of animal protection laws.

Why Is There A Lack Of Farm Inspections?

In the UK, there are over 180 taxpayer-funded bodies responsible for overseeing animal welfare on farms. However, only one inspector is assigned to every 205 farms. That number is likely to be even less in practice, as this includes part-time workers and those with farm welfare duties as a part of a wider role.

In addition to a lack of inspections, there is a severe lack of enforcement when animal welfare violations occur. Based on data collected directly from the responsible entities only half of the complaints they received in recent years were followed up with an inspection.

Of those inspected, illegalities were found in approximately one-third of cases. Only one in 300 farms were prosecuted following the initial complaint.

As The Guardian reported, “even when investigations by animal protection organizations such as Animal Equality, Animal Aid, Compassion in World Farming and Open Cages uncovered alleged evidence of illegal activity or substandard practices, more often than not it went unpunished.”

Across 65 investigation releases by animal protection organizations, including Animal Equality, from 2016 to 2021, illegal activity or poor practices were discovered in every facility. Yet there was no formal enforcement action taken in over 60% of cases, to our knowledge.

Non-compliance is endemic, evidenced time and again through undercover investigations and now further bolstered by the data revealed in this report. Pigs are having their tails cut off, cows are unable to walk or stand and hens are crammed into overcrowded cages, yet farms are typically receiving little more than a slap on the wrist. These findings are disturbing and should be alarming to any consumer. Animal abusers need to truly be held accountable.

Are US Farms Monitored for Animal Welfare?

The USDA has said it will not inspect farms and there are not enough inspectors to oversee slaughterhouses—it would take thousands to properly cover just one of the largest farms.

All 50 states have laws that protect against animal cruelty. Most explicitly exclude farmed animals and any routine factory farming practices, no matter how cruel. If a state recognizes the abuse of farmed animals and a complaint is filed for cruelty in that state, it is the responsibility of local law enforcement to inspect. It is rare that these complaints receive a follow-up, much less a conviction.

How you can help:

As Animal Equality has discovered time and time again during our undercover investigations, farmed animals are routinely abused on factory farms. The breeding and slaughtering of animals for meat, dairy and eggs are never cruelty-free. It’s time for their pain and suffering to end altogether. Add your voice to our End Factory Farming campaign to denounce animal agriculture and its cruel practices.

As long as there is a demand for animal products—chickens, pigs, hens, fish and cows will continue to suffer. Help stop the demand. Tell the industry you demand a world where all animals are respected and protected. Go plant-based today!

Animal Equality Was There During Their Final Moments